Want to connect? Talk to my dad 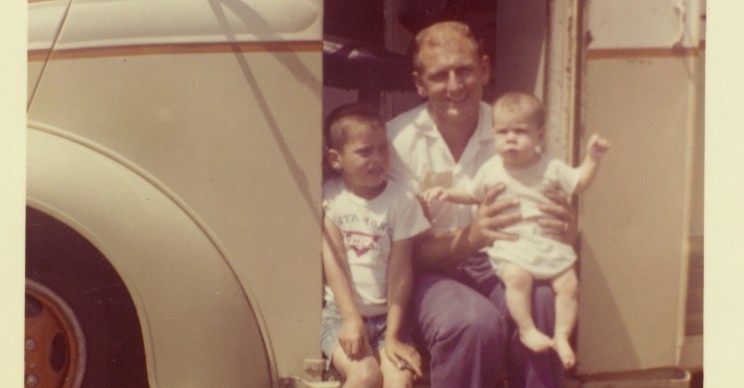 Whenever I think about the best way to explain something, I just think of what I’d say to my dad.

Growing up, my father worked two jobs, seven days a week. We lived in Los Angeles and he’d deliver milk in the morning and newspapers in the afternoon. He was up at 3am for the milk route. Home around noon for a brief nap, and then out the door by 2pm to pick up his papers. That was his schedule six days a week. He got a break on Sundays when he only had to deliver the morning paper.

Not only were the days long, they were also pretty lonely. Delivering milk before the sun came up meant you didn’t speak with too many customers. Throwing newspapers out of his car was ideally done without slowing down.

His best companion during the driving hours was the radio. Whether it was the morning drive-time disc jockey or the afternoon voice, my father felt he knew them. His station of choice back then was KMPC and his favorite DJ was Gary Owens. It was almost like Gary was in the passenger seat chatting as my father drove and delivered.

My father somehow always made it home for dinner every night. As we passed around the evening meal and filled our plates, he’d also pass along the stories that Gary Owens had told him during their time together. It might have been a joke, or some interesting item in the news. Gary had said it and my dad was letting us in on their private conversation.

Lessons for my TV career

Years later I started working as a TV news reporter. Sometimes the stories were simple, other times complex. But I used the same guiding principle as I wrote them. I always imagined that I was talking with my dad. It’s not about intelligence. My dad was a smart guy who loved to read. It’s about telling a story in a compelling way that would make him want to share it with others. What part of the story would grab his attention and want to pass it along at the dinner table?

When you’re preparing your next speech or presentation, stop for a moment and think about how your father, mother, aunt, sibling or even your next-door neighbor would react. Do your numbers tell a story? Does your “revised integrated process” paint a picture? And don’t hide behind the statement, “But this is complex stuff!” First off, simplifying makes nearly every presentation better. Second, you don’t have to lose the details, you just have to make them tell a story.

I was at an event the other day. The presenter did his best to cram as much data and information into his brief speaking time as possible. When it was over the guy next to me leaned over and said, “I heard every word, but I have no idea what he just said.” That was a potential customer who definitely didn’t feel engaged.

So before you give your next speech or presentation, take a moment to think of that one person. Because if you don’t know how to connect with them, don’t expect your audience to connect with you.