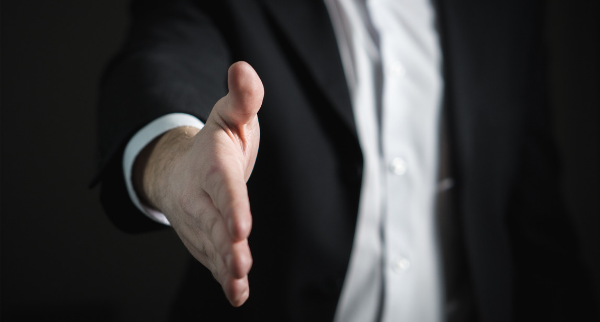 We are supposedly living in an era of enlightened leadership.

After all, we’re bombarded by books giving us insight into how to do it better. Whether it’s Good to Great or the Seven Habits of Highly Effective People, we finally have the knowledge and tools that leaders lacked just a few decades ago.

So why are we still doing it badly?

It’s likely because we can’t unlearn centuries of training simply by reading a book over a weekend. Just ask Nadiv Klein and Ed O’Brien. They’ve done research into how people make decisions. Basically, what they learned was that people make decisions quicker and with less information that we realize. Their research covered everything from how long it took to decide a future spouse is the “right one” (unmarried people thought it took a long time, married folks figured it out much faster) to evaluating subscriptions and tasting new beverages.

Why is that? One theory they discuss is that our minds simply process things in order. The first bits of information get more weight in our brain than information that comes later on. Another idea is that some information is simply bigger and bolder than others. That’s especially true of the data that enters your brain when you first meet someone.

For the scholars doing research about how to improve our judging skills, this is a great starting point. But for those of us in the trenches having to evaluate people and information every day, it’s critical to simply understand that quick decisions are the norm.

People remember peaks and the end

Interestingly enough, that doesn’t mean that first impression will be the thing that is remembered the best. There’s something called the “Peak-End Rule”. Psychological research has shown that people tend to remember or judge an experience by its peaks or by what happened at the end.

While the “Peak-End Rule” seems to be in conflict with the Klein/O’Brien research, I don’t think that’s the case. Klein and O’Brien’s work is about impressions and how quickly they’re formed. “Peak-End Rule” is about remembering chunks of information.

Putting the two together makes the first impression even more important. That’s going to determine how people evaluate the peaks and valleys of data that follow. The concept of nailing the first impression is nothing new. I worked for an organization that had a plaque next to the receptionist which said “Director of First Impressions”. What the Klein/O’Brien research shows is that even after all of the discussions about how we have to be more open and less judgmental, how we have to set implicit bias aside, the reality is that the information we’re using as the foundation of long term relations is probably whipping through your brain at lightning speed.

Of course, some of those snap judgments can be overcome. I have several friends who didn’t impress at first, but grew on me over time (or maybe I grew on them…). The problem is that we might not give someone the ability to grow on us if that first impression isn’t strong enough.

Get in there fast!

What this means to me is that we simply have to be faster when it comes to communicating who we are and what goals we have. If people’s opinions are forming, we need to actively get in there and become a part of that mold. If we’re doing the judging, we need to step back a moment to try and gather more information. If we’re being judged, then we need to make our imprint fast and firm.

We can read all of the leadership books on the planet, but we have to remember that our minds are still judging our environment not too differently from when we lived in caves. We just have to figure out how to adapt that skill to modern times.